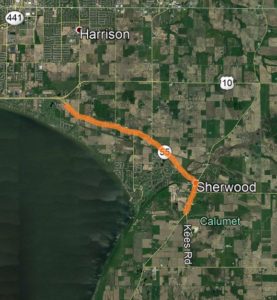 NOTICE: (Beginning Monday, July 18) WIS 114 closure from US 10 to WIS 55 scheduled for mid-July through mid-August.

Construction begins June 13, 2022. Work is expected to take 4 to 5 months for completion.

Each roadway section has various construction elements associated with each project. Both segment improvements are detailed below and can be viewed on project construction detail display maps below.

The roadway pavement is at the end of its useful life. New pavement will provide a smoother ride for vehicles and decrease highway maintenance costs. New turn lanes and geometric improvements at intersections will provide safer turning and through movements at the intersections. Rumble strips will alert drivers to leaving the lane of travel.

A full time construction project engineer will be onsite. Please contact Josh with any construction-related questions. You can call or email Josh. You can also set up a time to visit